Wireless Earbuds Vs Neckband Which is Better

Do you know the difference between wireless earbuds and neckbands? We will compare wireless earbuds and the Neckband based on different aspects such as design, sound, connectivity, wireless experience, battery life, durability, and, of course, calling and music experience. This will all assist you in determining the ideal headphone type for you.

Wireless earbuds and the Neckband are in-ear headphones that use Bluetooth to connect with a smartphone. As a result, both are headphones, but there are significant differences in terms of use, design, quality, and other factors. 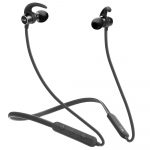 You may also find the best Best Neckband Under 2000 and Best Earbuds Under 3000 list.

TWS Earbuds stand for True Wireless Stereo Earbuds. This is a tiny piece of technology. All of the headphone functions are contained within tiny sections known as earbuds. And because there are no wires connecting the TWS earbuds to a smartphone, you will have a completely wire-free experience.

Neckbands are also called “collar headphones” since they have earbuds and a plastic or steel casing. The cable connects the earphones and the case. The earbuds are magnetic, so they may join with the magnetic base when not in use, providing a tangle-free experience. Basically, the neckband is usually the best option if your work is in the field most of the time because you don’t need to fall from the ears and have no issue while driving.

TWS earbuds are small, whereas neckbands are larger versions of TWS earbuds.

Most earbuds use 6 mm, audio drivers, whereas neckbands have 13 mm, audio drivers. Neckbands provide far higher sound quality than earbuds since they have a more significant audio driver that may deliver a richer bass and louder sound. The improved sound quality is that wireless earbuds have all of their technology packed into a small space. In contrast, neckband earbuds simply have the audio driver within.
Some earbuds include Dolby Atmos support to improve the music experience and set the party mood.

Both headphones connect to the smartphone using Bluetooth technology. Still, wireless earbuds are popular these days. Thus TWS earbuds feature cutting-edge Bluetooth technology, such as a specialized Bluetooth chip with low latency, giving you an advantage in gaming. Many audio codecs, such as A2DP, AVRCP, and HFP, are supported by wireless earbuds, such as the accelerometer, gyroscope, hall sensor, proximity sensor, and a touch sensor that are not available in the neckband.

Because it has an inbuilt collar mic, the neckband provides a better calling experience than earbuds.

Because the neckband microphone is closer to the mouth, it can catch better audio from the microphone. In contrast, earbuds feature a microphone that is further away from your mouth, making it problematic. At the same time, it captures good mouth sounds from its microphone.

However, noise-canceling features are rarely found in neckbands. In contrast, wireless earbuds offer up to 6 microphones for enhanced ANC and ENC noise cancellation.

The Neckband has a longer battery life than wireless earbuds due to its more significant case storing a higher mAh battery capacity.

The battery backup for single earbuds is 4 to 5 hours on a single charge, but with a charging case, you can charge them for 20 to 25 hours, and most TWS Earbuds come with fast charging. On the other hand, neckbands come with 25 to 30 hours of charge, and some neckbands come with fast charging. Within 10 minutes of charging, the TWS earbud charging case will provide you with an extra battery backup. This feature is absent from the Neckband. You need to directly charge the Neckband with its Type-C cable.

No votes so far! Be the first to rate this post.

We are sorry that this post was not useful for you!

By profession, Sourabh Raikwar is a mechanical engineer and also a tech enthusiastic person who writes blogs to easily understand views and solve problems.

We will be happy to hear your thoughts